Let There be Lights!

The Lowcountry has many, many charms.  There’s the kind and polite people, genuine Southern manners, fantastic food, sublime arts and cultural scene, and centuries-old history that comes alive.

It’s Instagrammable wherever you look.

The light is also extraordinarily beautiful around here.  The golden hour is particularly gorgeous in these parts.  No wonder the beach is the scenic backdrop for countless family photos and social media posts.

Well, at this particular moment, the Lowcountry is aglow with light of another kind.  It’s the holiday season, and boy does it show!

There are three fantastic light displays going on right now in the Charleston area, one old and one brand new.  All three will be up through the end of the year, all the way through the holidays.

The Holiday Festival of Lights is a beloved Lowcountry tradition that’s been around for several decades now.  People flock to it every year.  Folks who saw it as children come back with their own kids, to share the experience with the next generation.

The Festival takes over James Island County Park each November and December with a few million lights.  They basically work on it all year long.  Right after one year’s display is taken down, they’re already working on the next one.

And the hard work pays off.  It really is a magical place to be, and to get in the holiday spirit.

You drive through the two-mile loop in your car or vehicle of choice after dark, taking in all the many themed displays as you go.  There’s such a huge variety - holiday scenes, animals, under the sea, dinosaurs, unique Lowcountry things like the new Ravenel Bridge replacing the two old bridges, palm trees and a Charleston single house. They’re extremely creative.  It’s a bit like going on a huge Disney ride, but outside.

It’s a perfect thing to do with a group of friends or family, as they charge by the carload.

It’s also sure to delight folks of every age group and something fun everyone can do together.

At the end of the drive through, there’s a bunch of other fun things to explore and visit.  There are neat interactive light displays you can walk through, giant postcards designed by area schools, a holiday train, shops with Christmas décor and holiday gifts, seasonal snack s like hot cocoa and marshmallows for roasting over an open fire… it’s like a Christmas carol come to life.  You can also visit with the big guy himself, Santa Claus. 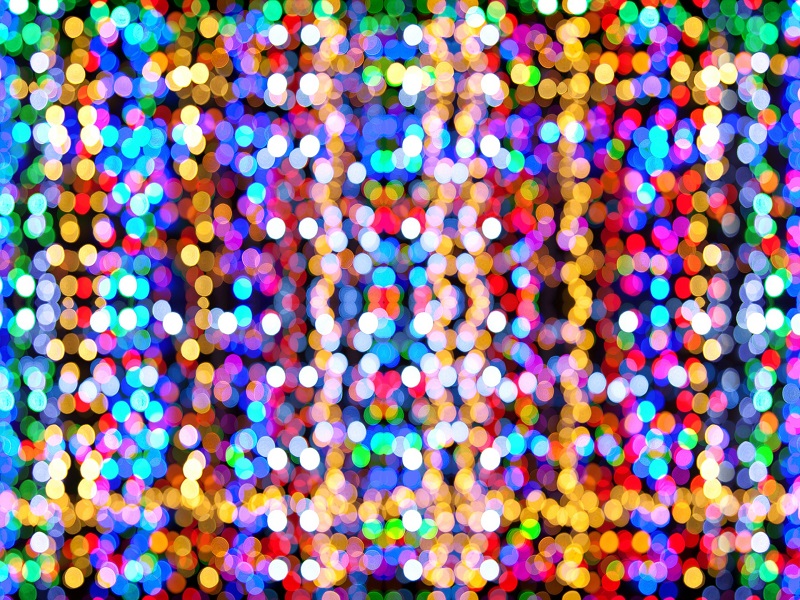 Cougar Night Lights at the Cistern

The College of Charleston is an esteemed institution of higher learning dating all the way back to 1770.  Its beautiful campus is located right smack dab in the middle of the historic Charleston peninsula.

And right in the center of the campus is its symbolic heart, the Cistern Yard.  It’s situated under the massive live oak trees and in front of the dramatic columns of Randolph Hall.  The Cistern is the spot for special events and ceremonies like the College’s graduation, and jazz concerts during Spoleto Festival.

Well, they’ve cooked up a special light show that goes on each evening starting at 5:30.  Cougar Night Lights lasts about a half hour and repeats until 9:00 p.m.  Accompanying the light show is special holiday music.

Part of what makes the light show so unique is who designed it.  The mastermind behind it is an alum of the College who has gone on to do some impressive things, like winning Emmys and designing for the Super Bowl and the Macy’s Thanksgiving Day Parade.  John Reynolds ’97 decided to come back to his alma mater and choreograph a light show to make perfect use of the special space that is the Cistern.  Lights drip down and dance from the live oak trees like electric Spanish moss, all to the beat of the soundtrack.

You can find the Cistern Yard at the corner of St. Philip and George Streets downtown.  There is no charge for the Cougar Night Lights.  Just stop on by.

Well, for the first time ever, the Aquarium has decided to get into the holiday light biz.  And whenever they do something, they do it well.  They’re calling it an “immersive holiday light spectacular.”

They’ve filled the Aquarium with tens of thousands of lights, creating special displays to educate and delight.  There’s also live entertainment plus food and beverages available, including adult beverages.

They’re calling it Aquarium Aglow, and it takes place on certain evenings from now through early January.  It’s a ticketed event, and spots are disappearing fast.

So the Lowcountry is lit up like never before.  After the last couple of years, we all could use a little more light.  Especially pretty colorful ones, with some festive music thrown in for good measure!