Here's your chance to get tickets to America's hottest show! 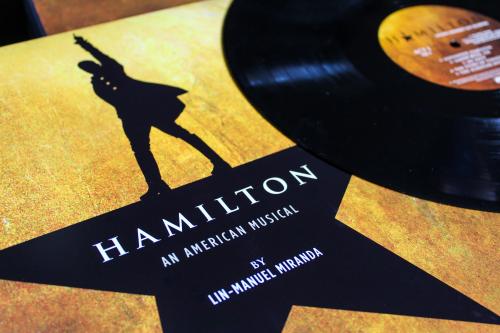 The Broadway show that everyone was talking about, then singing all the lyrics to, and trying to snag tickets for, is on its way to the Lowcountry.

Hamilton comes to Charleston this summer!

The national tour of Lin Manuel-Miranda’s smash Hamilton comes to the North Charleston Performing Arts Center for 16 performances, from July 13th through July 24th.  It’s a nice long residency, so hopefully you’ll be able to score a seat.

Here’s how the NCPAC describes it:  “HAMILTON is the story of America then, told by America now. Featuring a score that blends hip-hop, jazz, R&B, and Broadway, HAMILTON has taken the story of American founding father Alexander Hamilton and created a revolutionary moment in theatre—a musical that has had a profound impact on culture, politics, and education.”

Hamilton debuted off Broadway in February 2015.  By August it moved to Broadway and has been there ever since.  The show’s won a staggering 11 Tony Awards, along with Olivier and Grammy Awards, a Pulitzer Prize for Drama, and a special Kennedy Center Honors citation.